Dating as far back as 4th century BCE, the teachings of Druidism are fixed in the observation of Nature, in tradition, and in inspiration.

With a deep love and reverence for the Earth, her seasons, and nature, the curriculum of Druidism focuses on the lore of stars, stones, plants, animals, and trees and combines scholarship with spiritualism and science. The practices and teachings of Druidism grow and develop as humanity evolves.

Druidism is a spiritual practice and way of life which focuses on the three greatest yearnings of its practitioners: to live a creative life, to commune deeply with nature, and the constant search for wisdom.

Within Druidism, these three yearnings are personified as the Singer who is nurtured to live a creative life by the Bardic teachings, the Shaman who is fostered by the Ovate teachings to develop the healer within, and the Sage who is assisted in developing inner wisdom by the Druid teachings.

A Short History of Druidism

The Druids were the guardians of religious and magical traditions which existed before the coming of Christianity and while Caesar wrote that the Druids originated in Britain, their influence can be traced from Ireland to France.

Replaced by Christianity in the 7th century, not much is known about the ancient Druids, but groups inspired by the idea of these mythic sages began to form in the 18th century. Started by scholars in Britian, France, and Germany – which are also all common fan bases of betting sites – the revival of Druidism is continued today by a small but rapidly growing number of people from all over the world. 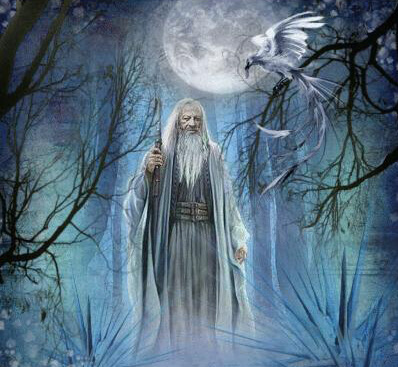 How Druidism is Practiced Today

Today, Druidism manifests itself in three distinct ways: as a cultural initiative to nurture the Cornish, Welsh, and Breton languages; as a familial pursuit to provide support and to raise funds for worthy causes; and as a spiritual path and way of life.

Each of these three distinct paths draws inspiration from the Druids of ancient times and offers a spiritual path which actively avoids the problems of intolerance and sectarianism found within many organised religions.

As we are living in the modern world, it may be difficult for some to understand why communing with nature and spiritualism is important. However, it must be said that Druidism appeals to those who have become disenchanted with the conventions of mainstream religious practise and who are seeking a spiritual connection with the Earth and their ancestors.

In today’s fast-paced world, to many Druidism offers a sense of establishment in time and place, especially for those with a deep reverence for the Earth.

The Beliefs of Druidism

To some it is a religion, to others it’s a way of life, but all Druids share the belief in a fundamental spiritual nature of life.

Free of dogma and any organised set of beliefs or practises, Druidism has no ‘sacred text’ and there is no universally agreed upon set of practices.