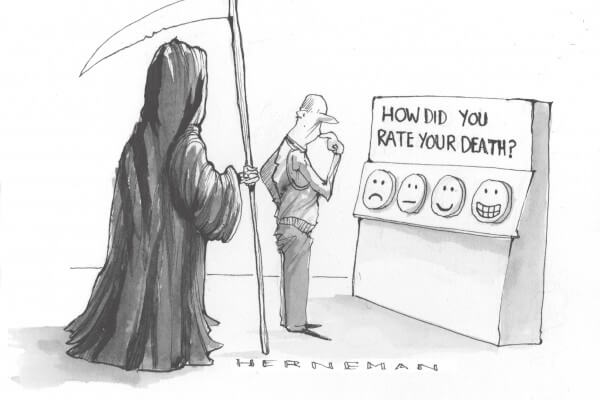 Death is inevitable for every living thing in the universe. Even the universe itself is constantly moving toward its own form of death known as entropy. For tens of thousands of years, mankind has been obsessed with death and the potential of there being more to existence after we have passed from the physical world.

As various cultures and religions developed around the globe and became more complex, death remained an integral part of the human experience, and different peoples adopted their own customs around death as well as the belief of the afterlife. Let’s explore some of the more common beliefs and practises about death that many still follow today.

There are a lot of different cultural beliefs about death within South America, and each one is as unique as the region that it’s from. In Colombia, it’s common to believe that when children die, they go on to become angels. This is why the mourning period for children is generally quite short, as the griever knows that their child will quickly become an angel after dying.

Unlike many cultures around the world, the Argentinians treat it as something of a celebration, and it’s why funerals can often cost more than weddings. Another tradition that can be found throughout the country is the holding of a mass on the anniversary of a loved one’s death every year, one that the entire family takes part in.

Death in Japan has been heavily influenced by Buddhist and Shinto belief systems, and there are a number of customs that are followed in many parts of the country. For instance, it’s common for the deceased to be washed before being buried, and for loved ones to leave offerings of their favourite foods. Cleansing ceremonies are also practised quite widely, where the area of burial or cremation will be cleansed before or during the act.

Within Indonesia, much of the population believes that there is an afterlife, and funerals themselves can be simple, held between family members, or much larger community events. Some Indonesian cultures will hold more than one funeral service for a loved one, and it’s not uncommon for the deceased to be interred in special crypts which are visited at least once a year.

A New Guinean person that loses a spouse may disconnect from the community for many months without being seen or heard from. When the mourning period has come to an end, there is usually a large feast and celebration held for the widow or widower, and they are able to remove their mourning clothing and continue with their life, whether that’s going back to work or getting back into hobbies such as on https://roulettecanada.com/.

In South Africa, it’s popular to hold a special celebration known as an “after tears party” which is held in the honour of the one that’s passed away. Funerals also tend to be quite large and may involve the attendance of many dozens of hundreds of people, depending on the deceased’s social status and size of their family.