Did you know that the Ancient Egyptians believed in more than 2,000 different gods? These fascinating people had deities dedicated to everything from their duties to dangers to keep their daily lives in balance.

Images of the most iconic Egyptian deities can be seen in hieroglyphics left behind by the scribes of these people on temples, pyramids and palaces.

When these were discovered hundreds of years later, we finally began to learn about how the Ancient Egyptians lived and the many unique gods they praised as well! Read on as we describe some of the civilisation’s most revered gods.

Ra, the hawk-headed god of the sun, was one of Egypt’s most significant deities. Legend says that he was engulfed by the goddess Nut every night, and was then then reborn at sunrise each morning. Ra also became known as the god of wind later in Egypt’s history, making him the most powerful of all of their many gods.

The new deity Amun-Ra was so powerful that he was even named after the Pharaoh Tutankhamun. His name directly translates to ‘Amun’s Living Image’.

The goddess Tefnut was associated with water and moisture in Egyptian culture. It is said that she controlled moisture, the rain, and all other forms of water. Legend says that she came into being by being spat out by her father Ra, the sun god mentioned above.

She is portrayed as a woman with the head of a lion and a shining golden sun disc positioned behind her. 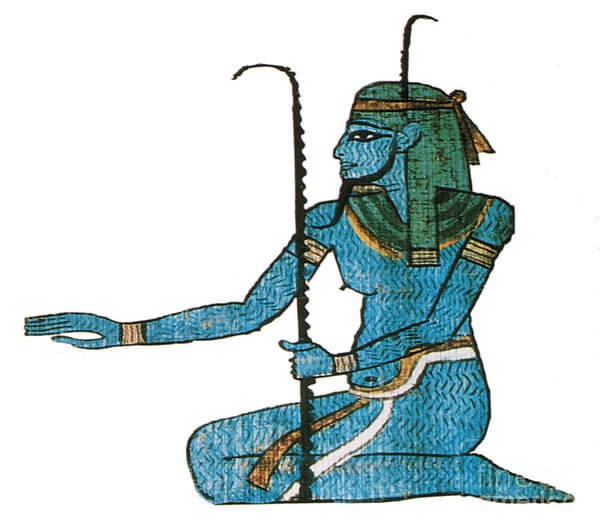 Hapi – The God of the Nile

Hapi was the Nile God in Egypt, and was thought to be accountable for the river’s annual floods. He was portrayed as a short, squat and purple deity with a pot belly.

Hapi was greatly celebrated among locals as his floods deposited rich silt onto the banks of the Nile and allowed them to grow various crops during the summer months. Nowadays, people are more likely to play at River Belle Casino to appease this mighty river god!

Bes – Protector of Women and Children

Bes is a lesser known Egyptian god, but he is fascinating nonetheless. He is portrayed as a dwarf with lion-like characteristics, and was tasked with Bes looking after children and mothers.

He also protected ancient people against stings from scorpions, and was associated with music, dancing and humour.

Anubis – The God of the Underworld

Anubis is the popular dog-headed god that governed embalming and the dead in Ancient Egypt. Wild dogs and jackals were often spotted in cemeteries at the time, so locals believed that they were sent from the afterlife to watch the world of the living.

This is where the legend of Anubis is thought to have originated from thousands of years ago. Anubis was tasked with weighing the hearts of the dead to determine their worth before they were allowed to pass through to the afterlife.

Sobek – Protector of the People

The god of rivers in Egypt was called Sobek, and sometimes Lord of Faiyum Oasis as well.

This crocodile-like god fiercely protected the people of the Nile, and was rumoured to have enjoyed eating flesh too. Real live crocodiles were kept in temple pools to honour Sobek and ask for his protection. The Greeks also had their own version of Sobek within their own culture, called Suchos.