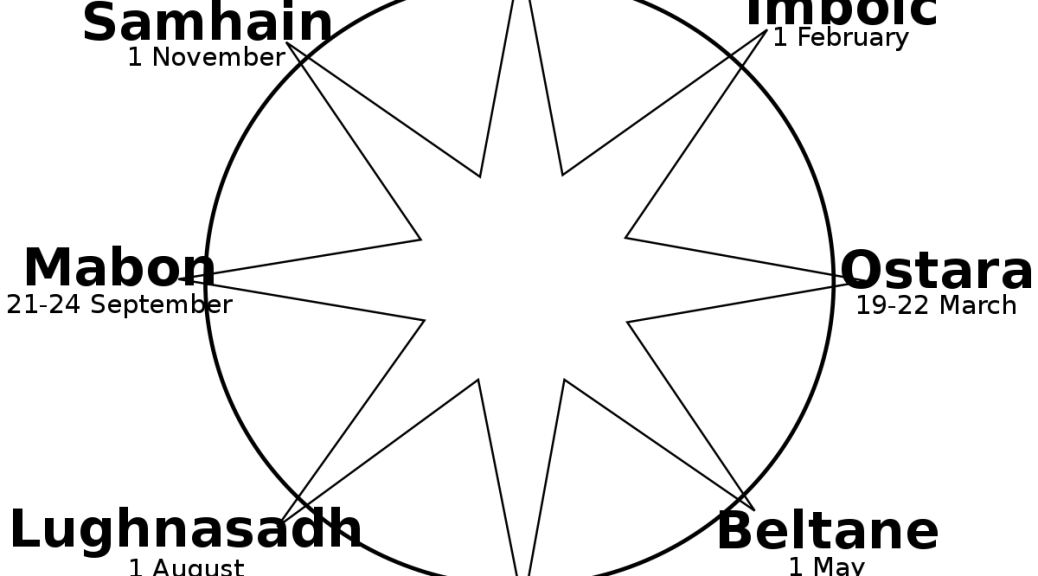 The wheel turns and seasons come and go. Which means, in short, that the year shifts and turns to the main celebrational sabbats for pagans. For those new to paganism, there are eight major sabbats to keep track of each year.

The major fire festival which kicks things off is Samhain, also known as All Hallows Eve or Halloween. It is held at the end of the harvest season and marks the passing into the dark half of the year.  It’s a time of dormancy, reconnecting with your past, and honouring those who’ve passed on. Celebrate by eating pumpkins and apples and ensure you light a candle to guide lost souls back home you wish to connect with. It is celebrated 31 October to 1 November in the Northern Hemisphere and 30 April to 1 May in the Southern Hemisphere.

The winter solstice, or Yule, is the time of the Holly King. A Yule log is burnt to welcome back the sun after the longest night of the year. It is the time of reflection – saying goodbye to the old and embracing the new. Celebrate by cleaning up your house and removing that which is no longer relevant. It is celebrated 21-22 December in the Northern Hemisphere and 20 – 21 June in the Southern Hemisphere.

Imbolc is also known as Candlemas or Brigid/Brighid’s Day. It is a time to honour the Celtic goddess of fire and fertility, hearth, and home. Early associations for were of ewe’s milk, likely since this was one of the first early signs of spring being on its way. Easy ways to celebrate it are by weaving a Brighid’s cross for protection from straw or flowers and hanging it in your window – it can be replaced annually. Lighting candles, baking a milk pudding, and spring cleaning the house for the year ahead are other easy ways to incorporate a celebration on a smaller scale. Imbolc is held on the 1 – 2 February in the Northern Hemisphere and 1 -2 August in the Southern Hemisphere.

The time of the Spring Equinox is known as Ostara by many. It is the time of spring’s full rebirth, with flowers blooming, and butterflies, bees and chicks and bunnies abounding. It is a way to mark the return to the lighter half of the year and the abundance it brings after the cold and the dark. Celebrate it by weaving flowers into wreaths, or choosing blooms to press in a flower press to preserve their memory. Make sure to eat fresh garden produce such as microgreens and sprouts, and take time to plant seeds for the season ahead today. Another fun way to celebrate is to paint a hardboiled egg. The spring equinox is held on the 19 – 23 March in the Northern Hemisphere and 19 -23 September in the Southern Hemisphere. 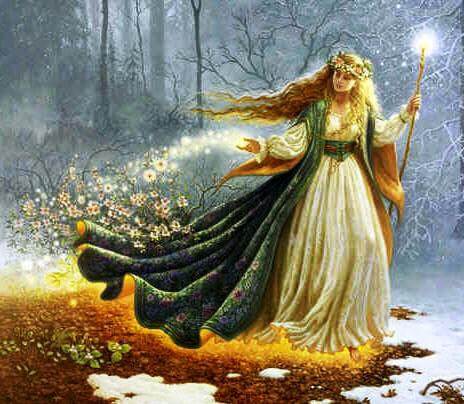 Beltane, also known as May Eve, is best known for the Beltane Bale – a roaring fire that societies once gathered around to celebrate and dance. Beltane translates to the fires of Bel – a Celtic god whose full name was Belenus. It is also the time of the Oak King who defeats the Holly King. The ancient tradition was to light two bonfires and dance and pass between them. Societies would stay up all night until the forest burnt out.

The Bel fires and ashes were believed to have protective properties so communities would each take a little bit home after the festivities. Celebrate by lighting a fire, or candle, and keeping the ashes from it somewhere safe as a symbol of protection and abundance. Beltane occurs 1 May in the Northern Hemisphere and 1 November in the Southern Hemisphere.

Litha, the Summer Solstice, is a time of year when the sun is up for the longest time. Ward off evil spirits and celebrate this time of year by putting up solar decorations, helping others or engage in movement outdoors with friends, like a hike or a drum circle. Ensure you eat the seasonal, midsummer foods available in your area. The Summer Solstice occurs 21 June in the Northern Hemisphere and 21 December in the Southern Hemisphere.

At the end of summer is the festival of Lughnasadh, named after Lugh the Celtic god of crafts, skills, law and order. It is also known as Lammas in some circles. This is the time to give thanks for the harvest you’ve had and the harvests still to come. Easy ways to celebrate at home are by baking bread with herbs from your garden, having a local beer, or head out and engaging in competitive games with friends. It is held on 1 August in the Northern Hemisphere and 1 February in the Southern Hemisphere.

The final sabbat of the year is Mabon, the autumn equinox when day and night are perfectly balanced. It is a celebration of the time of rest that is to come. Eating apples is a must, as is preserving the fruits of the harvest, and gathering of dried goods before winter. Make a hearty stew to enjoy and spend time with family. Another way to celebrate is to complete unfinished projects. Mabon is held between 21 – 23 September in the Northern Hemisphere, and 21 – 23 March in the Southern Hemisphere.

This guide will help you to recognise and honour the many sabbats as they come throughout the year. Take time to reflect on each season of your life as the sabbats come and go, and you give thanks for the seasonal blessings and the video poker in Dubai wins you’ve received throughout the year.