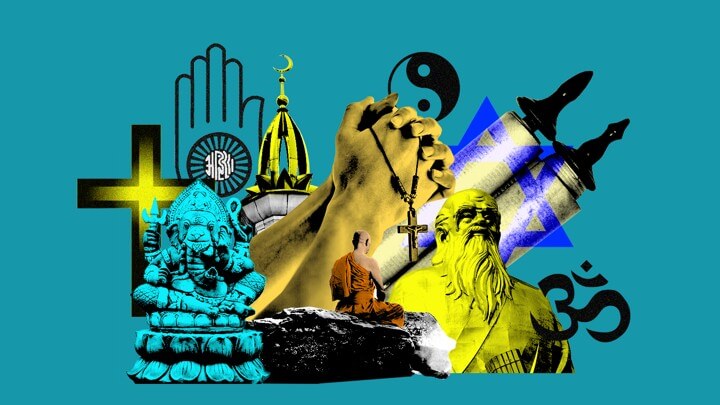 Since the dawn of recorded history, humankind has been worshiping a deity in one form or another.

Over the years, hundreds of different religions and belief systems have come and gone, and today we only have a handful in the West that are still going strong.

But the West only makes up one half of the world, and there are many religions around the planet that are virtually unknown by Westerners.

These are the 5 least known, and while many of them take inspiration from some of the world’s bigger religions, others have remained independent for countless years, and are all worth checking out for those looking to kill time between games of bingo online.

As one of the world’s oldest religions, Jainism can be traced back to before the tenth century, BCE. Today, there are around 4 million people that still practice the religion; although it doesn’t seem like that number will be increasing in the future.

Jainism is centred on 5 tenets that govern those that worship it: celibacy, non-possession, not stealing, non-violence, and truth. The ideal concerning non-violence is especially important, as Jains believe that every living organism on the planet has a soul.

Baha’i was first founded in the 19th century in modern day Persia by prophet Baha’u’lla.

It puts emphasis on the spiritual unity between all of mankind, as sees time unfolding through a series of messengers that are sent by the divine. Each message is especially tailored for people of that specific era.

All famous prophets from around the world are accepted as valid in the faith, and the teachings of each are taken into account.

Almost completely unheard of in Western culture, Yoruba is practised by small group of people that practice in regions of Nigeria and Benin.

While there are no statistics available concerning the number of people that follow the religion, many believe it’s one of the biggest in Africa, and has been influenced over the years by Afro-American belief systems, such as Lucumi in Cuba.

This secretive faith system is based on Gnostic Christianity, and before the 2003 war, over 70 per cent of the religion’s followers could be found in Iraq.

There are now estimated to only be around 5000 left still in the country, with the rest having been caught in the war or having fled the country to escape the violence.

Those that follow Mandaenism believe that Jesus Christ was a false messiah, and corrupted the teachings that were given to him by John the Baptist, which is who they revere more highly, with many believing that he was instead the true messiah.

This religion is heavily influenced on the teachings on Zoroaster, a prophet that lived in modern day Iran in the firs millennium.

It’s believed that there are up to 250,000 people that still follow the religion, most of which reside in either the United States or India.

Despite it’s small number, it’s believed that the religion has played a significant part in many historical events.