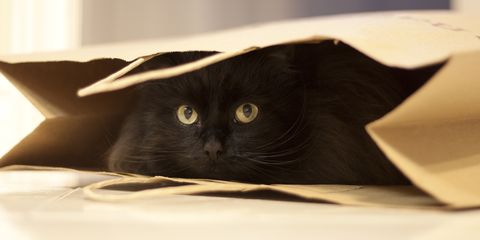 The world we live in is steeped in superstition, and many of us believe in them to a greater extent than we’d openly admit. Although the details may vary from culture to culture, they usually cover attracting good luck and avoiding bad luck, and who knows? There may be some kind of power in them after all!

Although the initial idea stems from Greek mythology, German superstition has it that saying cheers when you’re holding water means wishing death on the person or persons you’re drinking with.

This superstition is from the Philippines, but there are similar beliefs found all over the world. You’re not supposed to go directly to your house after you’ve been to a funeral or wake because a bad spirit may follow you and end up invading your home! Mourners are encouraged to stop at a public place before they return to their dwellings, like a restaurant or a store.

Don’t Sleep With Your Head to the North or West

Don’t Wish Someone a Happy Birthday Too Early

Celebrating a birthday prematurely is frowned upon in Russia, but so is extending your best wishes! It’s thought that doing so will bring bad luck.

The Turks say that if your right hand’s itching you’ll soon be coming into some money, but if it’s your left hand that needs scratching you’re going to lose cash.

Keep New Shoes Off the Table

The British believe that it’s bad luck to put new shoes on a table because it symbolises the death of a loved one. This is due to an old tradition that saw shoes being set out like this to indicate that someone in the family had passed away.

Slots players the world over believe that certain trinkets have some special power over the fickle attentions of Lady Luck. Something to consider the next time you play Aussie slots online?

Mirrors Should Never Face One Another

While an infinite number of reflections may look amazing, Mexicans believe that when mirrors are placed opposite each other a doorway opens up for the devil to enter through.

Pay a Penny if You’re Given Something Sharp

Giving anything with a blade may sever the relationship between you and the recipient. They can avoid this by giving you a penny, or the currency equivalent.

Make sure you never whistle while you’re working in Lithuania. It’s forbidden because it’s believed that this sound summons daemons.

Your Chopsticks Should Never Stick Straight Up

Poking your chopsticks down into your shoyu ramen or anything else is a terrible idea, say the Japanese. Doing this makes a shape like the number four, 死, which means death, and this applies to the incense sticks used at funerals.