There has been an alarming trend around the world that physicists are struggling to understand. Despite the overwhelming scientific proof to the contrary, many people around the world have started to believe that the Earth is actually flat and exists in a disc shape. It’s reached a point where there are international conventions for Flat-Earthers.

The concept that this group of people believe is that the notion of a round or spherical planet is a conspiracy. The conspiracy was created by the world’s governments and NASA has played a big part in perpetuating it. Pop culture is also to blame for making this conspiracy popular in society. Many Flat-Earthers point to the Universal Pictures logo as an example.

Believers have a very different picture to how the world is shaped. The surface is flat and at the center, you find the North Pole. The Antarctic is then at the very edge of the Earth’s surface and runs around the entire circumference as if it were a wall that prevents the ocean from flowing off the surface.

If you look at Flat-Earther renderings of the planet, you can see that it actually looks quite similar to the UN’s logo.

The History Of The Conspiracy

Many think that this is a new thing, people going against the science of a spherical planet. The ancient Greeks essentially proved that the Earth was round back in the third century BC. Scientists have proved the notion again and again in the millennia that followed.

However, people have always returned to the notion of the flat Earth, with the first recorded resurfacing being in the 1800s. This was a reaction to the advancements of science happening at the time. It was a time of massive change and many felt that religion was suffering because of it. 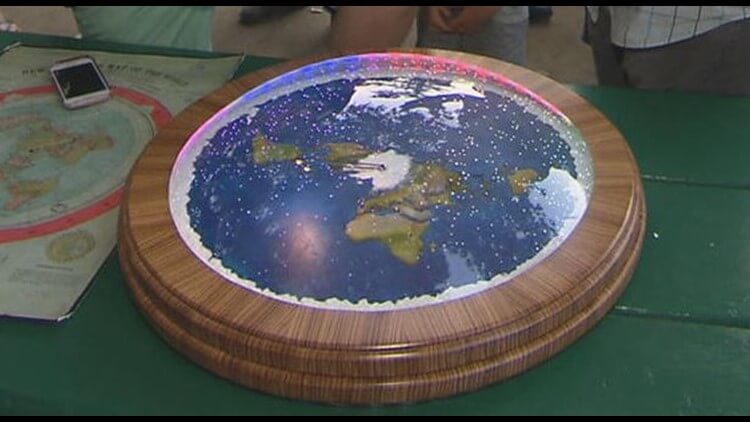 In 1956, an official Flat Earth Research Society was established by Samuel Shenton. This group was not taken particularly seriously at the time – merely the whim of an eccentric man from the British countryside.

The Flat-Earther movement has gained some serious traction since the late 2000s. This is largely due to the rise of the internet and the unprecedented access to all kinds of information – from australianbettingsites.org/sports-guide to breaking news –  for the masses. In 2009, the Flat Earth Society rose to infamy once again with a new home in online chat forums. It was a fringe group that gained serious traction as more and more people got sucked into a feedback loop of seeing the same information over and over again.

Social media has become something of an incubator for fringe groups like Flat-Earthers, allowing them to gain popularity all over the world. The feed algorithms for sites like Facebook and YouTube learn what users like and show them more content that is similar and less content that has a differing view. The more you interact with information posted about the Flat Earth theory, the more you are going to end up seeing about it. This leaves little room for scientific debate and proof.